Have you heard of Dr. Emoto? This forward thinking Japanese man performed an experiment with water. He put water in several containers and labeled them with phrases like, “I hate you,” and “I love you.” He also exposed them to different types of uplifting and dark music, prayers and pictures. Microscopically he noticed  the differences in the crystals that formed. 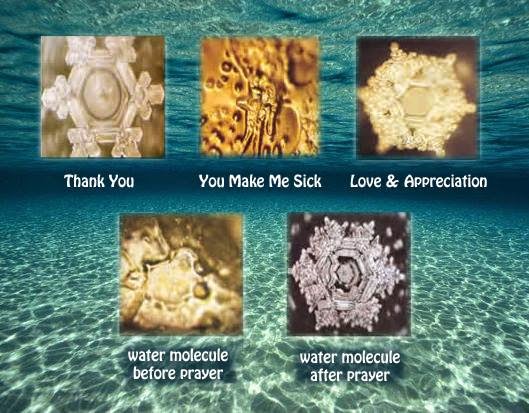 So think about it. The human body is made up of about 60% of water. Are you getting the picture yet? Our thoughts will be doing things like this in our bodies! Negative self talk can make us physically ill.

What Can the Average Person Do?

There is much strife in our world; lots of suffering, it’s true. As an average person in an average 9-5 job, with average finances, how can you possibly change the world? If you don’t have political power or money to burn then it seems like there isn’t much hope that you can do anything.

I often hear people condemning the things going on in the world, but I’m here to tell you that by doing so, you are only adding to the negative energies that exist around them! It might seem silly, might even seem frivolous, but sending love and light to the situation does a lot more to help shift it.

Just by thinking of ending wars will not end them unfortunately. However, instead of adding negativity to them, try sending peaceful thoughts and intentions to the leaders of warring countries. Send love and light to the victims of war. The more focused we are on unity consciousness and sending healing vibrations across the world, the more our world will change. Can you imagine what might happen if each person did this every day?

All thoughts are energy that can be transmitted and received throughout the Earth’s grid. If you doubt this, then keep track of global meditation events and crime rates on those days. You’ll see them drop quite a bit.

The world I picture for future generations looks much different than the one we live in now. Just holding onto a vision of peace can do more than we might think.